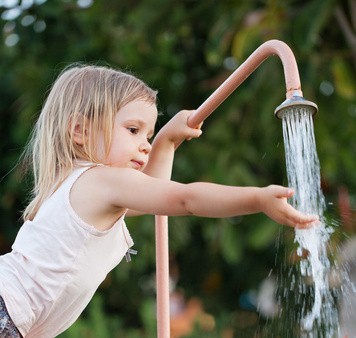 Although well owners understand the importance of having their wells tested, but sometimes due to negligence, fail to get them tested. Oftentimes, well owners tend to fall prey to some common myths regarding their water well testing. As a result, by the time they realize the faults in their water wells it is already too late.

Here are some common myths well owners tend to have about well testing.

1. Just Because it Smells Fine, Means There Is Nothing Wrong

Just because, your well water smells, tastes and looks fine does not mean that it is perfectly healthy for drinking. The fact of the matter is that most of the pollutants and contaminants are tasteless and odorless. These contaminants can cause illness the symptoms of which are nausea and diarrhea. The nitrates hidden within your water well, have the ability to harm children who are six months old or below.

2. Just Because Nobody Has Gotten Sick, the Water Would Surely Be Fine

Just because nobody has gotten sick from your well water yet, does not mean that they never will. Always remember that the contaminants in your well, work as slow poison and will get you sick over time. It is in your best interest, to get your well tested at least once a year. Doing so, you will have a vivid picture of the current state of your water well. Annual testing of the water well will keep you and your family members safe.

3. The Well Got Marked Safe in the Initial Test, Hence It Is Safe to Use

As a well owner, you must remember that your well water tends to get affected by several factors over time. In order to stay updated on your well’s current condition, it is important to have it tested on a regular basis. Just because you well passed the initial inspection, does not mean that it won’t get contaminated over time. Timely testing helps you stay safe, and also saves you some extra dollars that you might have to spend on repairs.

Contrary to popular belief, the public wells are looked after by a team of professionals. These people constantly monitor the quality of the water and report if they notice something wrong. The moment they observe a problem, they are quick in taking action so as to fixing that problem right away. On the other hand, if there is a problem in your private well it is your responsibility to have to tested and repaired.

The reason why most people fail to get their well tested is the notion that well testing is an expensive job. In reality, getting a well tested is far cheaper than paying for water bills.  Testing a well on an annual basis not only provides you with safe and clean drinking water, but also saves you from heavy expenditures in the long run.

Stay healthy, save money and get your well tested!  For more information about well water testing myths, or any other questions about owning a water well in Metro-Detroit, MI, please feel free to contact RIES Well Drilling today!  We can be reached at (586) 784-9516!