Why Well Water is Better than City Water in Port Huron Twp., MI

Why Well Water is Better than City Water in Port Huron Twp., MI 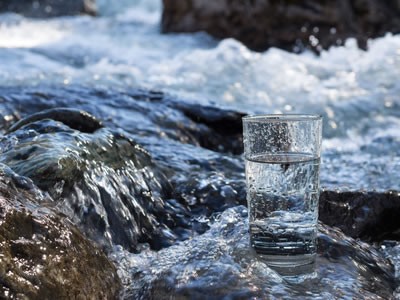 There are many things in life that people will constantly argue about, saying that one is better than the other. Take Coke and Pepsi for example, or Red Sox versus Yankees. With soft drinks and sports teams, the choice is based primarily on preference.

But when it comes to water, things should be taken more seriously than soda or baseball, especially when given the health concerns that should be considered. City water may seem more convenient than water obtained from a well, but what are you sacrificing for convenience? We take a look below, and review the benefits of water from a well.

City water often travels through miles of pipeline before it ever reaches your home or apartment. That alone should raise a few eyebrows. Because these pipelines are buried underground and have water constantly being run through them, the frequency of maintenance is incredibly low when compared to a water well.

Well water, on the other hand, is often readily available through far less pipework—often traveling no more than a hundred feet or so. What this means for you is far fewer opportunities for your water to travel through rusting or corroding pipes and other debris, before making it to your home.

One of the biggest concerns people have with city water is the chemicals added to ensure the water is safe to drink after traveling from the plant. Chlorine, the same chemical used to treat pools to make them safe to swim in, is often the main chemical used to “purify” the water coming out of your faucets. Is chlorine safe to drink and bathe in? We leave that for you to decide.

Looking again at the distance your city water has to travel, it’s worth noting that this too means a lack of control over its quality. With a well, the quality and upkeep are your own responsibility. As such, you have full authority over the management and maintenance of your water source.

While it would be great to think that your city is doing everything in its power to ensure your water is as safe and clean as it can be, funding for public works is low on a national scale. This belief may not actually be the reality simply because the city might not have the capital to keep such diligent care of their facilities.

Cheaper in the Long Run

Pesky water bills tend to go unnoticed over time because they are not as daunting as gas or electric bills. But just because they aren’t as glaring doesn’t mean you’re not spending that $500 a year for your water.

The difference between well water and city water in terms of cost is mainly that city water is a constant fee while a well’s cost is mostly for the initial setup and occasional maintenance. But like most things, if you take care of your well, it will last for years and won’t need expensive repairs. You have the choice between paying someone else for your water or using what is plentiful right under your feet.

I Want A Water Well in Port Huron Township, Michigan

With all of this in mind, don’t you think it’s time to take back control of your water and stop paying the city for less healthy, less fresh water? With well water, you know what is going—or not going—into your water and exactly where it’s coming from. If this sounds like something you might be interested in, act today! Call Ries Well Drilling at (586) 784-9516 for your free estimate for a water well in the Port Huron Twp., area! Take the first step to a healthier sip!