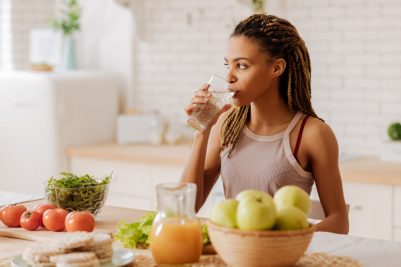 All well-owners must get their wells tested regularly. Unfortunately, sometimes, lack of time and awareness gets the better of well-owners. Similarly, it is not uncommon for well-owners to fall prey to the several myths about well testing that keep doing the rounds. In this article, we discuss some of the most common well-water testing myths.

One of the most common myths among homeowners is that unlike public wells, private wells do not require frequent testing. The truth is all public wells have a team of professionals to keep an eye on the wells. These professionals alert the authorities and take the required action as soon as they see a problem. Maintaining private wells and ensuring their safe working through regular testing, on the other hand, is the sole responsibility of homeowners.

Nobody in My Family Is Sick, so the Water Must Be Safe

This is probably one of the most dangerous myths widely prevalent among well-owners: nobody in my family has fallen sick, so the water must be safe. Just because no one has fallen sick so far does not mean no one will fall sick either. The contaminants present in water are slow reactors and often take some time to show their effect on the body. Thus, if you want to protect your family, make sure to get your water well tested annually. During the annual testing, you will get a clear idea of the state of your water well and if anything needs to be fixed.

The Water Tastes Fine, so All Must Be Okay

Yet another commonly prevalent idea among well-owners is that if the well water tastes and smells fine, it must also be safe to drink. The truth is that most pollutants and contaminants that affect the quality of water are usually tasteless and odorless. However, they are capable of causing real damage. For instance, the nitrates present in well water can cause serious harm to children. Similarly, other contaminants can cause diarrhea and nausea. Thus, it is, in general, a good idea to get the water well tested regularly.

A lot of well-owners think that getting their well tested will require them to write a big, fatty cheque to the contractor. Nothing can be far from the truth! Well testing isn’t an expensive job — most likely you will be paying less than your water bill. However, annual water testing will allow you to save money in the long run while ensuring the safety of your family.

My Well Passed the Initial Inspection and Hence, Does Not Require Testing

Just because your private well passed the initial inspection, it does not mean it is not susceptible to the contaminants and pollutants. Over time, contaminants and pollutants build up in well water, thereby making the well water unsafe to drink. Regular testing allows well-owners to understand the quality of the water being supplied and take the right actions at the right time to avoid disasters and keep their families safe.

If you are a well-owner, do not fall prey to the many myths about well testing. Remember that getting your well tested at the right time will not only save you a lot of money in the long run but will also ensure the safety of your family.

Give Ries Well Drilling Inc a call to answer any questions you may have about water well drilling in the Metro-Detroit area.   We can be reached at (586) 784-9516!